You are here: Home » » DONOR BASICS | Why Demographics Matter in Fundraising 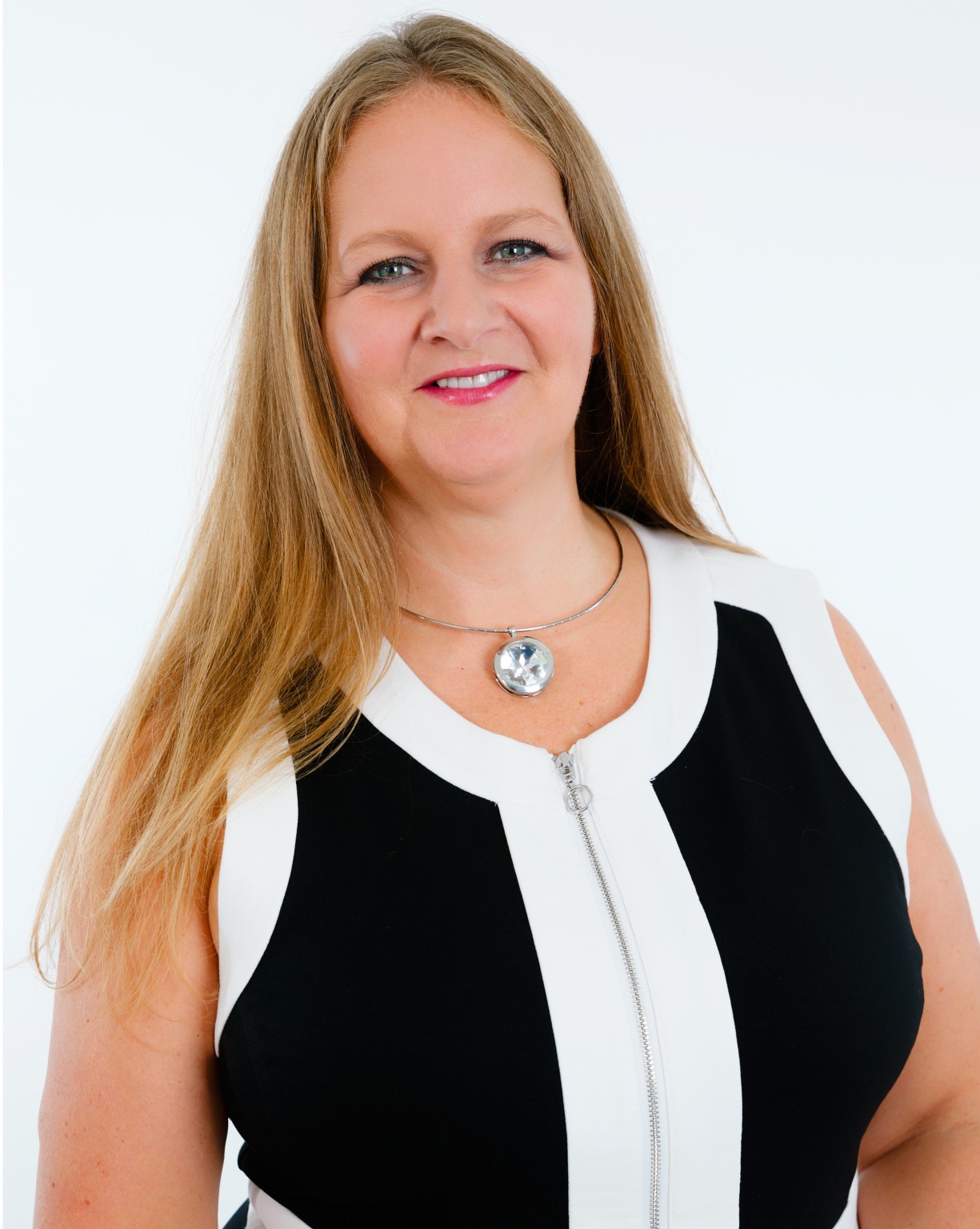 Many people don’t give demographics a second thought but when it comes to fundraising, it matters a lot. We can segment and target our communications and appeals to increase the response rate of our donors, which will ultimately grow the financial base of any organization.

Demographic information is used in many industries. Often referred to as demographic segmentation or targeting, corporations and marketeers look for markers like: age, race, religion, gender, family size, ethnicity, income, vocation and education, to name a few.

Corporate brands like Nike, Coke, McDonalds, do this better than anyone. But boutique firms are also realizing just how lucrative focused messaging can be. Some nonprofits have learned to do the same thing with their donors, most often using segmentation in direct response and major gift giving strategies.

The best way to appeal to your donors is to know what they are passionate about.

Sometimes it’s challenging to get to know every one of our donors personally but this is certainly the strategy behind major gifts. What about the annual donor who you’ve probably never met? This is where demographics can help. We are not as unique as we think.

Churches and other service-based organization would seem to have an advantage getting to know people. But with the pandemic, online memberships and participation continue to grow.
It’s critical to have an idea of who we’re trying to attract in our outreach efforts: Young families? Seniors? Singles? Demographic information can help you focus your messaging
and develop the most effective strategy for a campaign or project.

There are some discrepancies here regarding the dates of when cohorts begin and end depending on the source. For the purposes of this article, I am going to use the following dates and categories:

It is always practical to look at information from our neighbours to the south and often it can be applicable and insightful. But the truth is Canadians and Americans are fundamentally different on a number of levels. This includes government, social funding, and according to Michael Adams, social values. So, as much as we can learn from our American counterparts and make some statistical comparisons and generalizations, we need to be cognizant of the fact that Canadians are also unique.

Michael Adams has been conducting demographic research in Canada since the early 1990’s through the Environics Group of Companies. While working on a Master’s thesis, I was intrigued by his research on several levels. First, it focused on Canadians, who are unique. Second, he was looking at more than just numbers and incidence. Adams was digging into the generational groups and flushing out what Canadians value: things like money, time, civic loyalty, and more across a collection of eighty motivations and values.

As a result of this research, Adams identified “Social Values Tribes” referring to the differing subgroups within each generational group. In his first book, Sex in the Snow, he describes twelve tribes across, the Elders, Boomers and the Gen X generations. Over 20 years, Adams wrote several books, and continues to develop literature on the Social Values Tribes. In 2017 his attention turned to Millennials in the Canadian Millennials Social Values Study, encompassing just over 3,000 millennials across Canada.

Gen X makes up just over one-quarter of the Canadian population (26%), making it the second smallest of the major generations observed in Canada. This is the generation I am part of.

In the literature over the years, they have been known for a lack of a defining characteristic. In fact, that is where the “X” originated - as a symbol in replacement of a defining word or characteristic. Sounds about right. My group of high school friend were pretty eclectic. Looking back, it was probably the start of generational and cultural diversity that became hard to define in a single word.

Additionally, Gen X’ers are one of the first generations to throw tradition and duty to the wind and become more accepting of flexible definitions of family and a desire for egalitarian relationships with those around them.

In 2014, 26% of the overall donations came from Gen X and Gen Y. There is some concern they won’t match the pace of giving set by the eldest and most generous generation, and rightfully so, because they haven’t so far in comparison.

However, 86% of Canadian Gen X’ers are donors and globally more than half are enrolled in monthly giving programs. Active online, this is a good place to engage with them about your mission and invite them to partner with you in giving. The thing is, we’re just not giving as much overall.

In Not your Parents Offering Plate, author J. Clif Christopher says Gen X’ers are the most untrusting cohort and you will need to be prepared to prove to them what you need, why you need it and they need to be able to see the impact of it immediately.

About 45% of this generation volunteers, which is behind most of the other cohorts. I have witnessed this in my own group of friends. Unfortunately, this generation would rather open their wallets than give you their time, but all age groups from Gen X and younger declined about 8% from 2004 to 2013. (Boomers, on the other hand, increased their time and hours by 8% in the same span of time.)

This generation values donating and connecting with nonprofits online, especially through mobile devices and social media. Around 59% of Generation X is inspired to donate to charity by a message or image they see on social media. You need to establish online relationships with these donors, build trust, and give them opportunities to act on behalf of your cause.

Gen X also gives more frequently than other age groups, but their decision to donate hinges greatly on whether they can see their gift’s impact. Even though Boomers were (IMO) the driving force of “donor centred philanthropy,” Gen X’ers continued to demand accountability and interaction.

Make sure your website details exactly where donations will go. Translate dollar amounts into tangible results and provide proof through visual content like photos and videos of your work being carried out on the ground. Providing this essential information can help you build trust and win over these discerning donors.

Both Gen X and Millennial donors are more likely to participate in fundraisers involving social and physical activities like walks, runs, or cycling events.

There are few generations that have received the focus and study that the Boomers have, rivalled only by their offspring, the Millennials.

In the early 2000’s one of the emerging trends in Canadian philanthropy was the move towards donor directed charitable giving, which meant donors wanted to be involved and have more control over the allocation of the dollars they donated to charity. According to Adams, this was rooted in an increased desire for personal control and autonomy, a diminished readiness to give up management of financial affairs to bureaucratic institutions and a refusal to donate merely out of a sense of guilt or duty like their parents did.

Another factor may have been the growing number of entrepreneurs in Canada who were particularly inclined to a greater involvement with the charities they donated to. “Venture philanthropy” was born out of this need to be more involved and make contributions on a deeper level.

Today, as the boomers have aged, the number of people over 65 has increased from 10% of the population to 17% but overall, they have not changed much and continue to reflect general Canadian values in giving and volunteering.

Baby Boomers represent the top source of income for most nonprofits. They make up 35% of the nation’s annual donor base, but contribute 47% of all gifts made by individuals. About 40% of them volunteer, with volunteers aged 55+ giving the most volunteer hours in Canada.

While they still engage with nonprofits through direct mail, (24%) their online giving and social media use continues to increase. (Likely under pressure from their Millennial kids) Globally 49% are enrolled in monthly giving campaigns and 35% donate to crowdfunding campaigns.

Baby Boomers are not as trusting of the “institution” after going through Watergate, Vietnam and Iraq. Appeals to the Boomers should be packed with evidence, ensuring them this is the best investment for their giving.

There’s a good chance your Boomer donors forged a connection with your organization in earlier years, and they’ve been loyal supporters since. Reach out to the donors who’ve regularly supported you and ask them to join your special group of monthly donors. Remember, Boomers like when you use their money efficiently.

This is Canada’s oldest (accounting for 7% of the population) and likely the most generous generation. This demographic group gives out of a sense of duty and institutional loyalty. This cohort are 78 years of age or more and dwindling quickly.

According to Adams, this generation of Canadians are distinct from their younger counterparts in two ways: there is a right and wrong in every aspect of life from gender roles to the conduct of business, and they are willing to sacrifice personal pleasure for reward in the afterlife. They cannot help but act upon their sense of duty and guilt.

Of course, there are those who did not resemble this and would probably be considered rebels of their time. They were more like the upcoming boomers and embraced their rebelliousness by joining in that movement against traditionalism.

The truth is though, a lot of faith-based organizations have been landlocked between this generous generation and their support of the traditional “church” and the changes needed to attract a younger generation that is ultimately essential to survival.

This generation has some interesting statistics in giving and volunteering. Canadian elders aged 75 and older give $200 over the Canadian average at $726 per year. But they are the least likely to volunteer.

Overall older Canadians are more likely to give larger amounts and donate to more causes than younger Canadians. Their causes of choice are most often religion, health and social services.

Elder donors rely on direct mail to support and engage with the causes they care about. Many would also still respond to phone solicitations as well.

These donors are more than ready to become solid members of your online fundraising community. Make sure your organization is giving them something to engage with. Increasing your touch points through an online presence can keep your charity top of mind and give them the much-needed interaction some lonely seniors need.

When it comes to communications, recognizing that one size does not fit all is the first step. Maybe that’s why younger generations aren’t giving to your cause … you may not be appealing to them.

“Why Demographics Matter in Fundraising PT 2,” focuses on Millennials and Gen Z.

Michelle Harder has over 20 years of experience in fundraising and nonprofit development.  As an author, consultant and public speaker, with a specialty in faith-based fundraising, Michelle is driven by a passion to help organizations large and small achieve their fundraising and strategic goals.  https://michelleharder.com