Muslim-Americans have been at the center stage of U.S. political and socio-economic debates in recent years. Probably the reason being the fastest-growing demographics in the U.S., with around 1.1% of the U.S. population belongs to the Muslim faith as suggested by a 2018 Pew survey. Muslim-Americans are also one of the most racially diverse groups in the U.S., comprising African-Americans, Asians, Arabs, and Caucasians. Nevertheless, there is a lack of data-driven research about Muslim giving despite their standing.

The data and findings from the Muslim American Giving 2021 Study are presented in this study. Muslim Philanthropy Initiative (MPI) at the Indiana University Lilly Family School of Philanthropy, IUPUI, in collaboration with the Islamic Relief USA administered this through SSRS. The study surveyed the sentiments of 2,005 participants regarding donor behavior, volunteer work, faith customs, attitudes and practices on donation, uncertainty intolerance amidst COVID-19, financial welfare, and sensitivities involved in the donor’s decisionmaking process. SSRS surveyed from March 17 through April 7, 2021.

Muslims on average gave USD 1,810 to faith-base causes compared to USD 1,138 in the general population.

Similarly, an average Muslim gave USD 1,400 to non-faith-based causes compared to USD 767 in the general population.

• Civil rights protections for the members of their community is something in which Muslims spend quite generously. On average, Muslims pay nearly 8.47% of their contributions toward faith-based civil rights, compared to 5.31% of the general public. Muslims also are more likely than the general public to give to non-faith-based civil rights causes (11.87% Muslims versus 5.45% general population).

• Those falling in between the range 40-49 years of age give the highest average charitable giving. Generally, overall, the least amount of giving comes from Muslims above 50.

Shariq Siddiqui is Assistant Professor of Philanthropic Studies and Director of the Muslim Philanthropy Initiative at the Indiana University Lilly Family School of Philanthropy. Shariq has a Ph.D. and M.A. in Philanthropic Studies from the Lilly Family School of Philanthropy. He also has a JD from the McKinney School of Law at Indiana University and holds a B.A. in History from the University of Indianapolis. Shariq authors research on Muslim philanthropy and the Muslim nonprofit sector. Most recently, he conducted a national survey of full-time Islamic schools in the United States. This project resulted in the book (that he co-authored) Islamic Education in the United States and the Evolution of Muslim Nonprofit Institutions, published in November 2017. Shariq also serves as the co-editor of the Journal of Muslim Philanthropy and Civil Society, Journal on Education in Muslim Societies and as the Series Editor of the Muslim Philanthropy and Civil Society Book Series. All three of which are published by Indiana University Press. He has served as a nonprofit practitioner for over 20 years for international, national, regional, and local nonprofit organizations. Previously, Shariq served as the Executive Director of Association for Research on Nonprofit Organizations and Voluntary Action (ARNOVA).

Rafeel Wasif is an Incoming Assistant Professor at Portland State University. His research interests include diversity, equity and inclusion in the nonprofit sector with focus on Muslim-American nonprofits. Rafeel’s work has been published or accepted in Nonprofit and Voluntary Sector Quarterly, Voluntas, Nonprofit Management and Leadership, and Nonprofit Policy Forum. 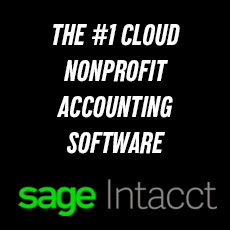