You are here: Home » Home » Ten pitfalls to avoid when making a fundraising video

Ten pitfalls to avoid when making a fundraising video

Producing a fundraising video for your organization can be a very expensive and complicated process. Here are ten pitfalls to avoid when creating your video. 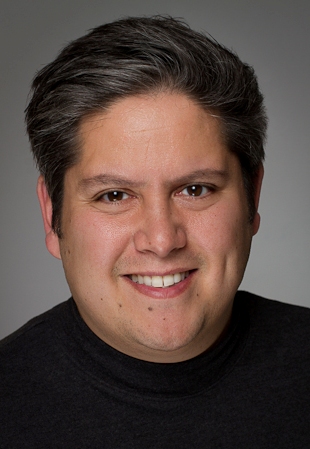 1. When in doubt, leave yourself out

2. Showing is better than telling

Tell the story of your organization through the eyes and experiences of the people you serve. This is much more effective than simply a bunch of experts talking about the great work you do. Show your organization in action and the impact it's having on the community.

3. Your budget determines scope, not impact

Your budget, within reason, shouldn't affect the impact of your final video, only the scope in which it's produced. For example, if you can't afford the travel costs to interview staff at regional offices, focus production around your AGM or a national conference. Same result, but at drastically reduced costs.

4. Make sure your staff are on board

This seems obvious, but I don't know how many times I've arrived to film at an organization and staff are shocked that we want to film them. Your staff should not only know there's a camera crew coming, but be enthusiastic about participating. Staff enthusiasm makes all the difference in telling the story of your organization.

It's very trendy now to make fundraising videos über-hip, using super-fast editing and kinetic text. While this style does appeal to young viewers, it can turn off seniors. And while seniors are about as likely as most other Canadians to donate, they tend to give more. Slowing down the pace and using larger fonts for text are just a couple of ways to keep your video accessible and enjoyable for seniors.

6. One video to rule them all

Because budgets are limited, many organizations make the mistake of trying to create one video that covers everything that they do. This really waters down the message you're trying to convey. Your video only has to capture the essence of your organization - those accomplishments that make you stand out to potential donors.

Computers in many workplaces don't have speakers, or the workplaces have a policy about the use of sound. This is meant to discourage watching videos, since without sound they are totally inaccessible. Including captions in your fundraising video makes it accessible to everyone, everywhere. YouTube is now beta-testing automatic captioning for all its videos. You can upload a video and try it yourself.

8. Don't preach to the choir

If your audience is the general public, they most likely know very little about the work you do. Avoid making assumptions and using acronyms. Clients often comment that I am "using very simplistic language to describe what we do." My answer? Yes, it is simplistic - to you. But to the average person, it's clear and concise.

Canadian fundraising videos often fail to let viewers know exactly how they can help. Perhaps it's our Canadian politeness, but if you don't tell viewers how to help, they're less likely to do anything. Whether you need donations, volunteers or community partners, keep your ask simple and make it easy for the viewer to act.

Did you know that YouTube is the second biggest search engine after Google? Don't just embed your video on your website. Post it on YouTube, Facebook, Google + and Vimeo. Add a link to your video to your staff's email signature. Have your staff tweet or post about it on their personal Facebook and LinkedIn accounts. The more often your video is posted or mentioned, the more chance it has of being seen by donors.

Peter G. Reynolds is a documentary filmmaker and video producer. Peter specializes in working with nonprofit organizations and disability groups, creating fundraising, advocacy and public awareness videos. He also works closely with the Deaf community, developing video content in sign language for all levels of government.