You are here: Home » » Commentary | Culture wars or day of reckoning? 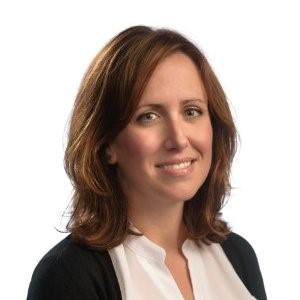 I’d like to thank Ian MacQuillin for writing his piece “Fundraisers must rise above the culture war.” Mr. MacQuillin put to paper what many in this sector believe – that moderation and civility are required for real progress. While he may have been bold enough to write it, I know he is not alone in this line of thought. I am here to tell you why this is wrong.

I am a Canadian fundraising professional with 15 years of experience in fundraising, the Chair of the Association of Fundraising Professional’s Women’s Impact Initiative, a board member of Certified Fund Raising Executive International, and a cis-gendered, white woman. As such I acknowledge my privilege and responsibility to speak to Mr. MacQuillin’s piece.

In his post, Mr. MacQuillin clumsily attempts to conflate certain members of the fundraising sector with the Trump and Brexit movements - otherwise known as outright conspiracy theorists.

He notes that that in the absence of “evidence” these groups compel our sector to believe in their theories. He even refers to the Sokal Hoax as an example of what is taking place in our own sector. This is an obscure reference, but one that aptly demonstrates when white men with privilege want to make a point they have no problem in being condescending, and deliberately hurtful. How ironic.

Mr. MacQuillin’s commentary seems particularly focused on community-centric fundraising movement – a movement started by and led by nonprofit professionals of colour. He notes that this movement is based on wish-fulfillment and lacks concrete evidence. This seems like an odd choice in light of the recent NCVO report that revealed the imbedded bullying and harassing culture of the UK’s largest volunteer organization.

Mr. MacQuillin speaks about facts and truth as the answers to the supposed culture wars happening in our sector. He admits that when the right questions are asked, the facts may change. I would note that for the vast majority of world history Black, Indigenous, and people of colour (BIPOC), 2SLGBTQAI+, and women’s issues have been historically excluded from research. We are only just beginning to ask questions about the intersections between race and gender in the charitable and non-profit sectors.

Here in Canada, two studies were recently released that reflect the lack of representation and funding for BIPOC communities. In the report “Unfunded” released in 2020, Carlton University discovered that for every $100 donated, Black-led charities receive as little as 7 cents. This is the first report in Canada to outline the disparity and was driven by the Network for Advancement of Black Communities.

The second report to come to light, was a recent study led by Senator Ratna Omidvar identified a serious diversity deficit in charitable and non-profit board rooms. For example, of the 6,182 people who sat on boards who responded, only 12% belong to a visible minority group. These boards are primarily Caucasian, cis-genered, wealthy and connected individuals who are courted for their money and connections. They are disconnected from the communities they serve.

We cannot walk away from what Mr. MacQullin deems a “culture war.” What you see as an issue of a heated debate, is literally life or death for some of these communities. Our BIPOC peers are tired and frustrated of being told that the evidence is not in their favour. Frankly there is no evidence because no one has had the courage to ask the tough questions.

The call for civility in Mr. MacQuillin’s piece made the hairs on the back of my neck stand up. Historically this refrain has been used against women when they were deemed “hysterical” for fighting for gender equity. For communities of colour, civility is the tool of the oppressor. As Dr. Martin Luther King Jr wrote, “I have been gravely disappointed with the white moderate. The biggest stumbling block toward freedom is the white moderate who are more devoted to “order” than justice.”

Personally, I welcome the heated debate we are now having around issues of donor-centricity, community-centricity, and all of the other facets of our sector. I welcome community-centric fundraisers pushing the white moderate – who make up the majority of our profession – to think differently. We need to be challenged, and we need to take a hard look at what role we play in perpetuating inequity and injustice in society.

Is our sector really so fragile, so delicate, that it cannot withstand heated debate and critique?

I don’t believe it is.

Liz LeClair, CFRE is a Co-Founder, National Day of Conversation and Director of Major Gifts, QEII Health Sciences Centre Foundation. Liz LeClair is proud to call herself a fundraiser and a feminist. She brings more than 15 years of experience to her role as the Director of Major Gifts at the QE2 Foundation in Halifax, Nova Scotia. Liz is a long-standing member of the Association of Fundraising Professionals; sits on the board of Certified Fundraising Executive International, volunteers on numerous national boards and committees, and is the current Chair of the AFP Women’s Impact Initiative, an initiative started in response to the #MeToo Movement in the non-profit sector. In January 2019, Liz published an op-ed with CBC on the issue of sexual harassment in the non-profit sector followed by numerous industry articles on this issue.