You are here: Home » » DONOR RELATIONS: What motivates your donors to give?

DONOR RELATIONS: What motivates your donors to give? 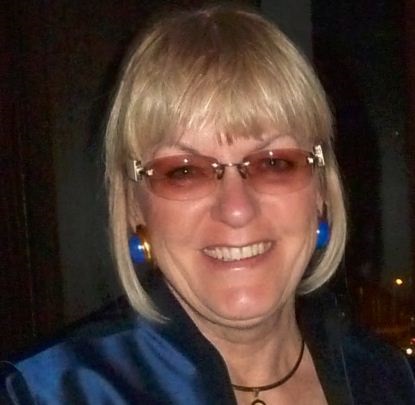 How often has a charity received a gift and forgotten to thank the donor or provide a form of acknowledgement?

Receiving the money is the start of a relationship with a donor. The charity has the opportunity to acknowledge a gift in many ways.  If sending a thank you is deemed as "too much trouble" or if the accepted excuse for lack of follow-up is being "too busy," the charity needs to rethink its game.

In most cases, a charity will not survive without donor support. So why is donor communication and the management of their information often delegated to lower-level management’? The idea that an Executive Director does not have time to learn the overall requirements of a donor management system and the software being used in that task, is a recipe for failure and a lot of misdirection.

“The software doesn’t meet our needs! I can’t get a report,” is the cry originating from staff with no training, echoed by senior managers with no knowledge of the tools they have and perpetuated by governing boards who see training as a cost rather than an investment. This is a seemingly backward view to donor management software tools that capture donor gifts that tally in the hundreds of thousands of dollars.

As a donor, I want to know the logistics of how a charity runs, not only in terms of client services, but also its internal workings. If the administration of this donor information is in chaos, it's not a good sign.

Listening to your donor is the first step

Consider this situation. A donor to a small city zoo donated a few thousand dollars to be an animal sponsor. Recognition of the donation was to be a plaque with the donor's name posted on the enclosure for the summer months. How could the charity have made this an event, encouraging the donor to continue giving on an annual basis? The donor likely expected that a tasteful plaque would be made - something family members would enjoy viewing. Perhaps they also thought that a photo would be taken when the plaque is hung. These expectations would not be out of line but zoo staff did not imagine the delivery in this manner.

Instead, a frame was attached to the enclosure with a paper insert and plastic covering for weather protection. There was no photo opportunity or special invitation to the donor to see the results of their generous contribution. Was this a lack of imagination, or simply a lack of effort on the part of the charity? Unfortunately, the donor’s perception was that it was just the money that the zoo cared about. They were disappointed in their giving experience.

Here is another example. A major donor made a substantial gift for a specific project at a rehabilitation hospital. In speaking with the donor, they remarked that it would have been nice to get (at least!) a card signed by one of the major gifts team to let him know how the project was proceeding. Unfortunately, once the money traded hands there was no further communication or follow-up. When there was staff turnover in the major gifts team, the donor approached the executive director directly to find out about the project he had funded. They were unable to provide any information.

In each of these giving scenarios, the donors were excited to participate and offer funding, and in each case, the charity and its development staff failed to make the donor feel valued and appreciated. Instead, the donors were left with the perception that it was only the transaction - the money - that mattered.

How do donors perceive interactions with your Charity?

Could your charity do better?  Consider these steps:

1 - Hearing: Have you found the donor’s responsive chord?

2 - Delivery: Did you do your best or the least, in acknowledging the donor?

3 - Expectation: Did your efforts to communicate with the donor meet their expectation?

Sharron Batsch BSc is the developer of @EASE Fund Development Software, the author of "From Chaos to Control Build a High Performance Team Using Knowledge Management" and an entrepreneur whose work has been dedicated to the non-profit community. Chairing conferences and special events, and consulting with clients has shown the benefits of a building a strong knowledge base and how an organized work environment ensures hours are productive and not wasted.