You are here: Home » » LEADERSHIP | On the Road to Truth and Reconciliation, Part 2: Travelling the Path

LEADERSHIP | On the Road to Truth and Reconciliation, Part 2: Travelling the Path

This excerpt is from Part Two in the series. 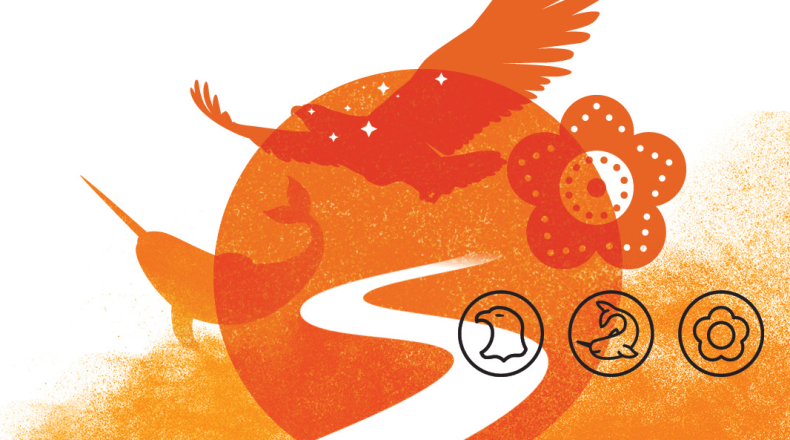 “I’ve been a social justice activist all my life. This is what gets me up every morning,” said Jennifer Johnstone, then chair-elect of AFP Canada, as she began the job of co-chairing the working group that was tasked to come up with a plan of action that AFP could authentically implement around Truth and Reconciliation.

“I witnessed visible anti-Indigenous racism as a child growing up in B.C. in the 60s and 70s. When I was a teenager, I read a book that fundamentally changed my perspective on the history of Indigenous peoples in North America, Bury My Heart at Wounded Knee by Dee Brown. It made me want to know more specifically about what happened in Canada. In my work with feminist organizations, we seek to understand intersectionality and identify the places where we can stand in solidarity with each other. The question as we began this work for AFP was—What could AFP do to stand in solidarity with Indigenous people?”

“We came at the work with the sense we had a lot to learn,” said Susan Storey, CFRE, then past chair, AFP Foundation for Philanthropy - Canada. “We wanted to be humble and consultative - recognizing the need for a new approach and a fresh set of thinking. We didn’t want to approach it with the idea that we knew more than we did. That, and the idea that our action plan had to fit within the mandate of AFP’s mission provided the initial direction for the group.”

Taking stock of the work currently underway in the sector on Indigenous issues was one of the working group’s first tasks—identifying initiatives taking place across the country and the people who were leading those initiatives.

The working group members reached out to several Indigenous leaders, including Indigenous fundraisers such as Sharon Redsky, a member of First Nation Shoal Lake #40, and Rowena Veylan, a Dunne-za woman and founder of The New School of Fundraising. Both provided invaluable feedback. It was a conscious discussion and decision among the working group that honorariums be given for all consultations in recognition and appreciation of the gift of knowledge and lived experience.

“As the framework for this working group was developed, we all had a chance to provide input,” said Darius Maze, CFRE, then secretary of the AFP Foundation for Philanthropy - Canada. “What became clear was that the philanthropic sector and the nonprofit sector represent two very different scopes of work. We agreed that philanthropy is much more specifically lined up with the mandate of AFP.”

While education is one of the core offerings of AFP and it emerged among the recommendations from this working group, there was a decision by the working group that AFP not provide Indigenous History lessons. “We could provide direction to resources, but not recreate them,” said Johnstone.

“Our job as working group members, and as fundraisers in general, is to interrogate our own intentions. Every member of the working group also looked at their own knowledge and lived experience as a reference point to understand the experiences of others,” explained Jennifer.

“We need to invest the time and effort into creating a space where Indigenous people would want to be … to work to change the room. For a long time, it’s been how can we help you succeed in this space, our space? But we need to focus on changing our space to be one that welcomes Indigenous people,” said Johnstone. “When we talked to Indigenous-led organizations, we had to appreciate and recognize the value of what people were bringing to us. Leadership must come from Indigenous people. And we must have something to bring to that relationship,” she added

“As we learned more through meaningful engagement with Indigenous leaders, questions continued to come up. We were continually asking ourselves what we could do in response. Some things we had control over, some things we didn’t,” said Scott Fortnum, CFRE, ACFRE, treasurer, AFP Canada. “There were expectations around this work. We knew there were many big problems and we wondered what we could do to be effectual, but we knew we needed to start somewhere.”

“One of the things that’s always important to me is accountability,” said Maze. “In terms of what came out of it, how do we hold ourselves accountable? Are the actions wise, manageable, and achievable? Do they build trust?” These were the questions we had to ask ourselves every step of the way.

The Association of Fundraising Professionals empowers individuals and organizations to practice ethical fundraising through professional education, networking, research and advocacy. With over 3,200 members in Canada and over 27,000 members internationally AFP has inspired global change and supported efforts that have generated over $1 trillion since it was formed in 1960.