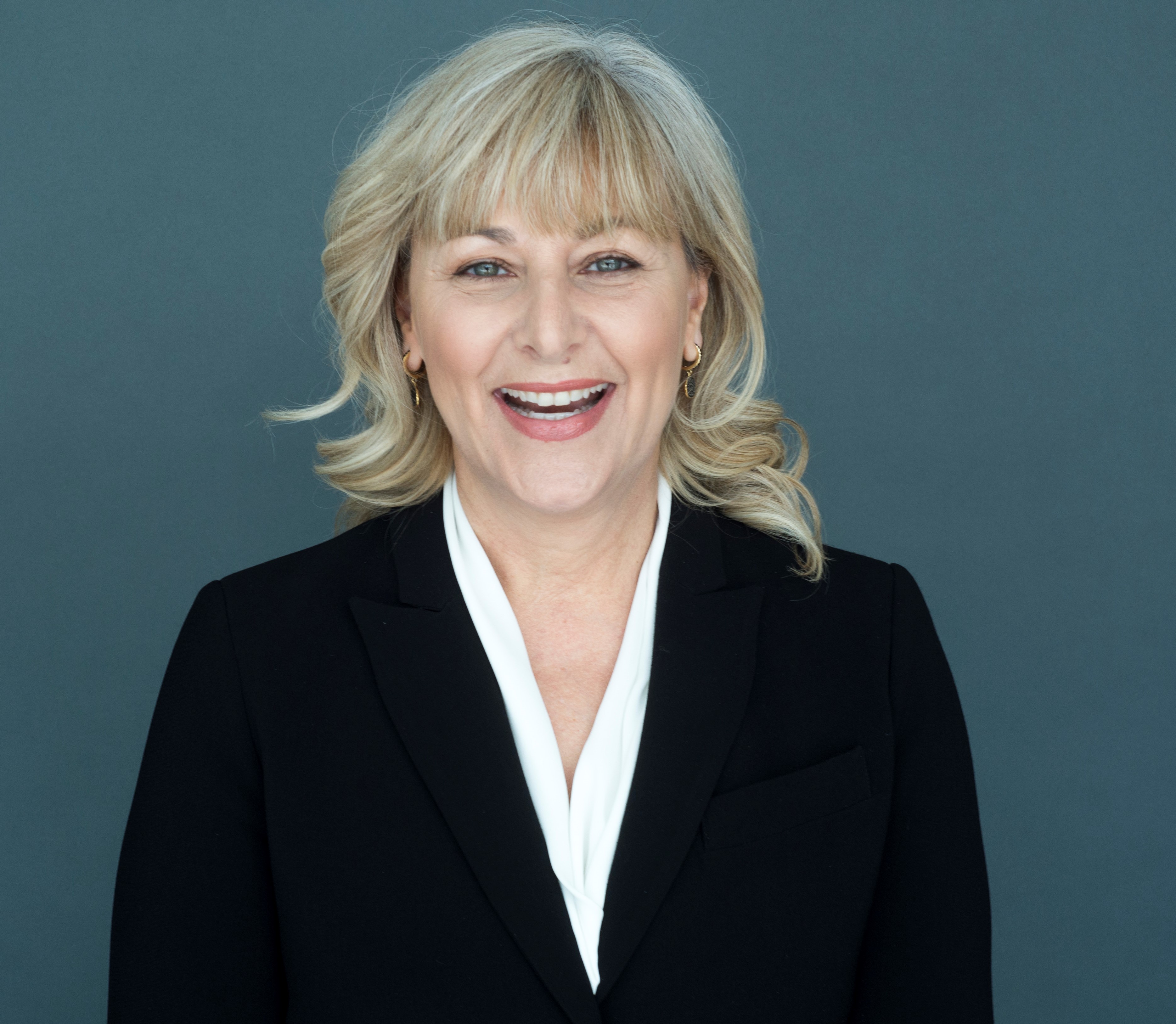 Breeze is an accomplished scholar and while she easily provides a rigorous defense of philanthropic action, I found myself unconvinced that the philanthropic complex requires a defence at all. What Breeze sees as criticism of an entire system, might instead be interpreted as an agenda to create a more just, strategic, and aligned philanthropic sector.

Breeze suggests that criticism of “big” philanthropy “risks causing more harm than those it claims to be exposing” (p. 15) and that “unfair generalizations about rich donors impede the promotion of philanthropy as an aspirational identity…which makes fundraising harder and ultimately affects those organizations and people most reliant on philanthropically funded goods and services.” (p131)

Sadly, these points are not borne out with evidence. If true, surely Mackenzie Scott would have given up after the criticism she received for her first round of gifts in 2020. Further, this is exactly the argument pressed upon employees in the sector when faced with harassment, bullying and toxic workplaces. It is suggested that fundraisers stay quiet for fear that in speaking the truth, the organization will lose donor support.

Breeze highlights many benefits of philanthropy with which you will likely agree, as I did. She speaks to philanthropy that innovates and finds new solutions to societal problems like donations from philanthropist John Dorr that led to the creation of white lines on highways, resulting in lower highway deaths and changing the way in which roads were built. (p.62) She suggests the need to separate disdain for capitalism and the accumulation of massive wealth by a few – with the criticism of philanthropy. While I agree, in part, this is also the kind of siloed thinking that upholds systems of oppression. If we fail to look at systems holistically, considering the ways in which capitalism, wealth accumulation, patriarchy, colonialism, White supremacy, democracy, and philanthropy intersect, we fail to see the full picture.

Breeze writes that representing the benefits of philanthropy “is to invite accusations of being a naïve apologist for the rich” (p. 14) and admittedly it crossed my mind. The book is well-researched and there is no evidence of naivete, however, there may be an overstatement of how big the problem of criticism of philanthropists and philanthropy really is.

Breeze posits that there is a big difference between suggesting that “philanthropy can be problematic” and “that philanthropy is inherently problematic at all times and in all places.” The latter, she submits, is the pervasive view and the one her book seeks to combat. She suggests that In Defence of Philanthropy “asks whether the problematic aspects of philanthropy make it an illegitimate or an improvable activity.” (p. 141) The problem is, I’ve not heard the suggestion that we should no longer embrace philanthropy, just that it needs some work.

Admittedly, I only skimmed two of the main critics to whom Breeze refers: Anand Giridharadas’ Winners Take All, The Elite Charade of Changing the World and Robert Reich’s Just Giving: Why Philanthropy is Failing Democracy and How It Can Do Better so I stand to be corrected. However, in my estimation, neither author suggests we throw the baby out with the bath water.

In fact, Reich says, “The theory I develop has given me powerful reasons to defend a variety of important roles that philanthropy can and should play in liberal democratic societies.” (p.197) I read enough of Giridharadas’ book to know I’d prefer not to be called a thought-leader and to develop a fan girl crush on the Ford Foundation’s CEO Darren Walker who talks extensively about how to effect change to the philanthropic sector from within.

However, as Breeze points out, Giridharadas suggests that philanthropy causes more harm than good. In his worldview, philanthropy only addresses “effect” issues like food insecurity instead of “cause” issues like injustice and poverty. Breeze asserts that numerous media outlets have highlighted this point of view. Of course, Giridharadas’ viewpoint is a massive generalization and the leap Breeze makes is to suggest that this generalization, because it is picked up by the media, requires a defence.

The idea that philanthropy may not require a defence is acknowledged by Breeze when she writes: “There is some truth in the criticism. The first reason that attacks on philanthropy land successfully is because they are sometimes reasonable.” (p. 135) She suggests that the real issue is that society paints all donors in a bad light and generalizes all philanthropy as bad, because of some poor actors. As an academic, with some practitioner experience, Breeze recognizes the importance of debate and her thesis underscores a proliferation of writing that derides philanthropy with no scholarly offerings to act as a rebuttal. Her book aims to change that.

For the first 130 pages of In Defence of Philanthropy I found myself silently debating and occasionally, loudly and vehemently disagreeing with Breeze’s defense. I highlighted moments where I thought her own bias and privilege might be skewing her perspective (something unavoidable and important to note). Breeze suggests that thinking of philanthropy as “one homogenous entity, and assuming there is something coherent and consistent that is available for analysis lies at the root of many disagreements between those who lean towards more positive or negative interpretations of philanthropy.” (p.30) She points out that the criticism of philanthropy has existed for as long as the practice and has not suddenly “become selfish in the hands of today’s super-rich.” (p.30) We cannot, therefore, defend or critique philanthropic action with generalities.

I have seen selfish, or perhaps self-centred, philanthropy in action at events where bejewelled, Prada-wearing guests (aka donors) failed to have a clue how the funds that they’d just donated, would be used. They were there to “one up” their friend or gain access to “stars.” No doubt, there are as many motivations to give as there are human beings. In a transactional giving situation – it often appears that “being seen to do the right thing” in front of your peers is reason enough to give. The end result for the cause is that they recruited donations, not donors.

I have seen countless donors for whom the gift announcement speech and press release is prepared by their PR teams with great precision. When shared, the announcement celebrates the donor and the gift with barely a mention of the organization, their mission or the community they serve.

I have seen donors who wished to give privately, pressured into public displays and recognition by fundraisers who believed that the press release announcement would elicit additional gifts. And, while this does happen, there is no reason to believe it might not have happened anyway, with a one-on-one sharing of the quiet donor’s gift (with permission of course) to other prospective donors. While I am a fan of transparency, I also believe that donor choice is still important because whether we want to believe it or not, intention matters.

Finally, Breeze suggests that we need to do more to “balance out the critiques with acknowledgment of, and even praise for, the positive potential of philanthropy.” (p.148) After decades of providing genuine appreciation and recognition to donors, for me, there is no lack of balance. In fact, I think it generally tips to being favorable for philanthropists which is perhaps why there is a whole industry that has evolved around donor recognition.

In Defence of Philanthropy provides a thoughtful response to valid criticism and provides a road map to be better fundraisers, philanthropists and frankly – human beings. Perhaps the most important take-away is this: “Philanthropy is complex, messy and imperfect because it is an all-too-human response to enduring and intractable problems.” (p.135)

Part 2: Lisa Greer’s Philanthropy Revolution and the connective tissue to In Defence of Philanthropy and Tarnished: Let’s rethink, reimagine and co-create a new social impact sector.

Maryann Kerr, is Chief Happiness Officer, and CEO with the Medalist Group and an Associate Consultant with Global Philanthropic Canada. Maryann has worked in the social profit sector for 34 years and helped raise over $110M for small to mid-sized organizations. She is passionate about her family, feminism, and continuous learning and is seeking a sponsor to fund her Ph.D.  Her first book Tarnished: Let’s rethink, reimagine and co-create a new social impact sector was published by Civil Sector Press in 2021.