You are here: Home » » POLL | 22% of Canadians Plan to Access Charitable Services in the Next Six Months 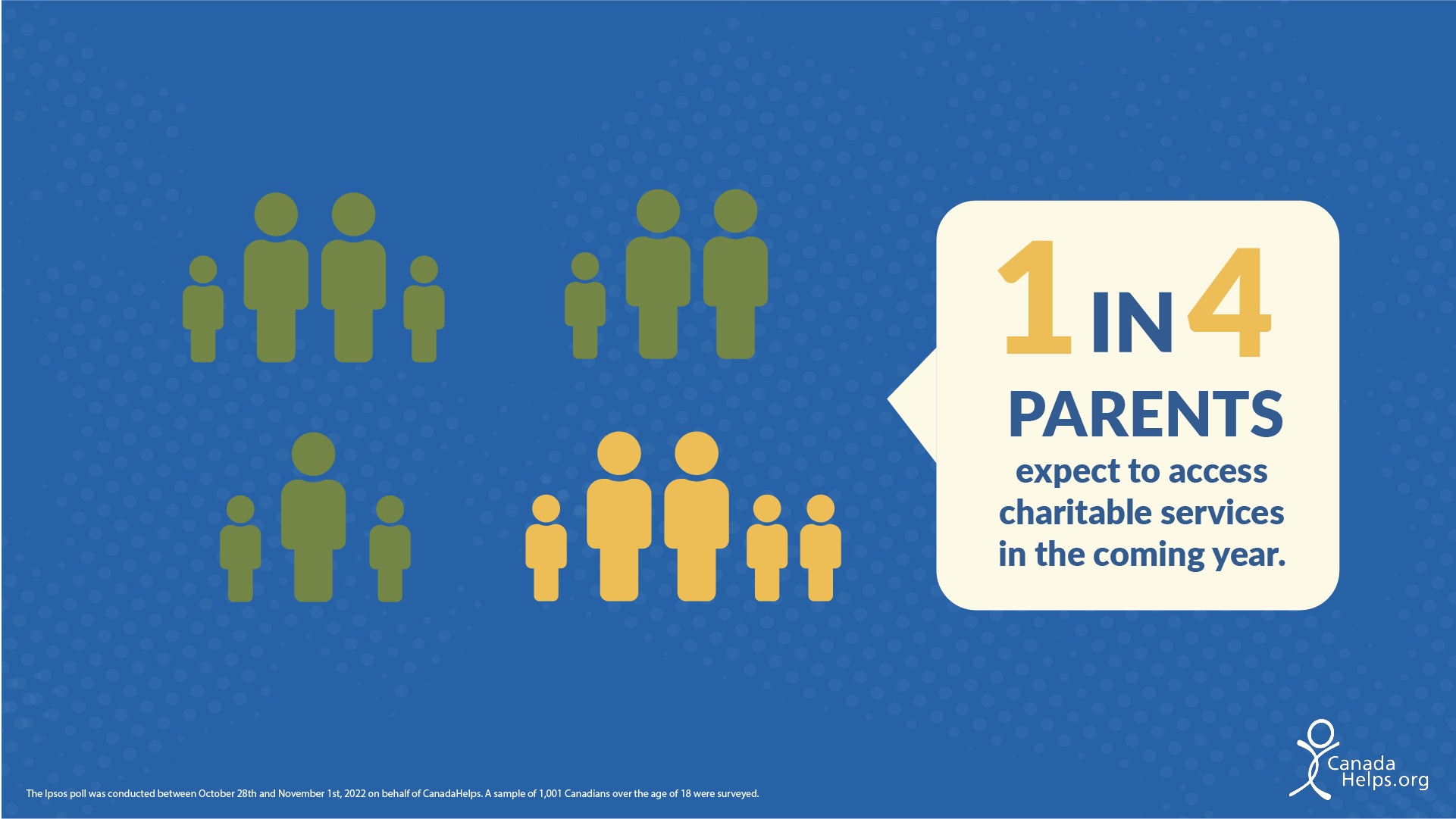 CanadaHelps, the country's largest platform for donating and fundraising online, has published the findings from a new Ipsos poll that reveals 22 percent of Canadians say they plan to access charitable services to meet essential needs such as food, clothing, or shelter in the next six months. The growing demand for charitable services is exacerbated by rising interest rates, ongoing economic uncertainty, and higher costs of living. This confirms worst fears from a January 2022 Ipsos poll which indicated that this drastic increase in demand was imminent. At the time of the January 2022 study commissioned by CanadaHelps, 14 percent of Canadians were relying on charitable services to meet their basic needs.

To help ensure charities have the funds needed to address growing demands, CanadaHelps has launched a “12 Ways to Give” national awareness campaign showcasing the wide range of charitable giving options that are available to meet every budget and lifestyle. The holiday season unofficially kicks off on November 29th, GivingTuesday, a global day to celebrate and engage in giving.

Canadians planning to give less in 2022

At the same time that demand for charitable services is rising, Canadians are widely scaling back their charitable giving.

For more information on CanadaHelp’s 12 Ways to Give and many other great ideas for how Canadians can support charities and give back this holiday season, visit the CanadaHelps blog.

About the Ipsos Poll

These are some of the findings from an Ipsos poll conducted between October 28th and November 1st, 2022 on behalf of CanadaHelps.org. For this survey, a sample of 1,000 Canadians aged 18+ were interviewed.

About CanadaHelps
CanadaHelps is a public foundation advancing philanthropy through technology. For Canadians, it powers CanadaHelps.org, a safe and trusted destination for discovering and supporting any charity in Canada, and UniteforChange.com, where Canadians can learn about causes and easily support the collective work of charities addressing a cause they care about.