You are here: Home » » WRITING FOR FUNDRAISERS | Step 5: The Magic Moment 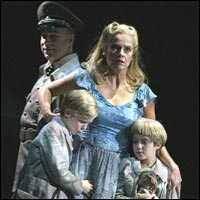 Stop for a minute and recall…

Can you think of a moment in a book, movie, TV show or any type of story where you were totally involved in the narrative? A moment where you completely lost yourself and you became the protagonist in your own mind.

I believe that in order to tell a great story, and to get your audience to completely cross that bridge into your narrative, you need to create what I call a magic moment. If you recall your high school English literature class, you may remember that a story arc has a climax – and this is much the same thing.

As we’ve already discussed, your goal in storytelling is to have your audience totally inhabit your story to the point where your audience member’s identity and the protagonist’s identity become one and the same. The “magic moment” is the point in your story where the emotional build-up just pops – like an elastic band that’s been stretched too far. It’s powerful and memorable.

Let me give you one example of a superb magic moment: In 1982, Meryl Streep won an Oscar for her performance in “Sophie’s Choice.” The reason I want to share this with you is that the entire script of this 2-hour movie is to set up a magic moment that lasts for only 92 seconds. But that moment is incredibly powerful to just about anyone who watches the scene.

In short, Meryl Streep plays Sophie – a Polish Jew (pretending not to be Jewish) in World War 2 Warsaw. In the movie, Sophie and her young son and daughter are on a railway platform waiting for a train. Sophie is approached by a Nazi SS officer who is suspicious that Sophie is a Jew. On the next platform in the station, Nazis are loading Jews onto freight cars to be sent to Auschwitz.

Sophie tries to convince the Nazi that she’s not Jewish – but fails. Then, the Nazi gives Sophie a choice: choose one of her children to board that other train or he will send all three of them to their doom. Sophie cries and protests – but finally she realizes that in order to save one child, she has to surrender her other child.

She gives up her daughter to save her son.

Now, the reason that this scene is so powerful is threefold: It’s well written, it’s superbly acted  and it goes to the audience’s deepest instinctive and emotional places. I’m sure that any parent would agree that having to send your own child to certain death is the worst fate that any of us could imagine for ourselves.

I watched Sophie’s Choice way back in the 80s. All I can remember all these years later is that 92 second scene, but because it was such a powerful magic moment, I’ll remember that scene (in great detail)  until the day I draw my last breath. Imagine creating a magic moment like that for your audience!

So - when you’re outlining the structure of your story, think long and hard about your own magic moment. What is going to make it magic? What powerful emotion are you trying to tap into in your audience?

If you can successfully create and narrate a powerful magic moment, you will have elevated your story from good to great. And, your audience will love you for it.

Fraser Green is a Principal at Good Works, one of Canada’s leading fundraising consulting agencies. At Good Works, Fraser’s focus is on legacy gift marketing strategy, donor research and, well, storytelling! Fraser is the co-author of “Iceberg Philanthropy” and “You Can’t Take It With You – The Art and Science of Legacy Fundraising” and the author of “3D Philanthropy.”  fraser@goodworksco.ca