You are here: Home » » Research | Preventing Sexual Harassment in Fundraising 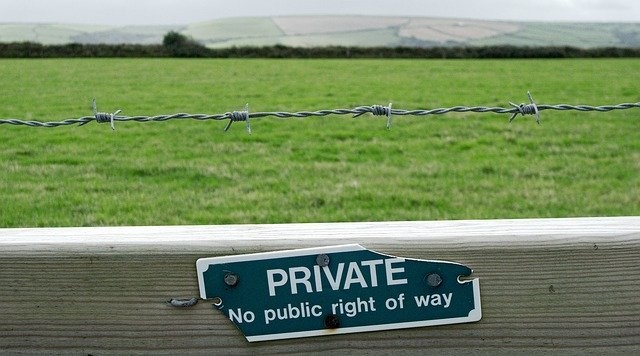 In 2018, the charity sector was hit with huge news - over 20% of women fundraisers had experienced sexual harassment at work. Further analysis found that the probability of being sexually harassed increases by 86% for heterosexual females compared to heterosexual males  and increases by 81% for gay/queer/pansexual/asexual males compared to heterosexual males. This finding was the result of a research study jointly commissioned by the Association of Fundraising Professionals and the Chronicle of Philanthropy.

A recent AFP webinar offered information, including some possible solutions, to help build the charity sector we all want. As a sector that is over 70% female, this is an area of serious concern.

The Canadian Labour Code defines "sexual harassment as any conduct, comment, gesture, or contact of a sexual nature that is likely to cause offence or humiliation to any employee; or that might, on reasonable grounds, be perceived by that employee as placing a condition of a sexual nature on employment or on any opportunity for training or promotion."  The US Equal Employment Opportunity Commission defines is as "unwelcome sexual advances, requests for sexual favors, and other verbal or physical conduct of a sexual nature when this conduct… affects an individual’s employment, unreasonably interferes with an individual’s work performance, or creates an intimidating, hostile, or offensive work environment."

Sexual harassment in fundraising runs a gamut from relatively benign to very severe. Examples of harassment can be anything from being called  “Beautiful” to inappropriate comments about attire, looks, weight, or demeanor to sexualized jokes and discussions of their sexual preferences or prowess to sexual advances & gifts, propositions or expecting you to go to dinner or have drinks. Of concern was that not all bad behaviour was on the part of the aggressor. In fact, some some fundraisers report feeling that their employers use them as "bait." [As collected from participants of the AFP Women's Impact Initiative Summit]

Sexual harassment is an expression of power

It is worth noting that the vast majority of cases of sexual harassment involve men harassing women. The most common group of harassers are donors but employers are also a common group. This underscores how sexual harassment is an expression of power. This power a result of economic, social or professional hierarchy.

In the context of sexual harassment, a useful tool for understanding this area is Luke’s (2004) "Three Dimensions of Power" which outlines situations where harassment can exist. This includes

When Person A has the power to…

1. Make Person B do something they don’t want to do

2. Build biases into the system to limit B’s actions. This includes whether someone can bring up sexual harassment as an issue.

3. Shape B’s beliefs so they are counter to B’s interests. For example, this may occur when B is made to feel they are "making too big a deal" about the issue.

There are several dimensions to power, which have their own challenges and also require tailored solutions.

It is worth noting that over 20% of AFP members reported that there was no sexual harassment policy in place. This means that over one fifth of organizations don't even have the basis infrastructure in place to manage this area.

Many women report reservations about fear of reporting due to losing their job or being perceived as a troublemaker. In addition, there can be women or men bosses who encourage employees to leverage sexuality to gain donations.

There is talk of a "Fundraisers Bill of Rights" in the profession as something organizations can adopt. AFP is studying this question.

What can be done

Policies
Have a policy and ensure that it addresses the different groups in an organization. There may be different behavior of volunteers, donors and other stakeholders. Also, it is key to review the policy regularly to ensure it is meeting needs. For instance, viewing donors as potential harassers is a relatively new understanding.

It must be said that, if you are truly taking a zero tolerance policy, that means a charity will turn down a donation if a donor harasses a fundraiser.

Effective policies should include a definition of sexual harassment, procedures for dealing with complaints, safeguards for confidentiality, and specific sanctions for sexual harassment. There needs to be clear process steps as many women report being in shock after an encounter. In government, organizations are increasingly moving to third party reporting. It is valuable to take what's known as a trauma informed approach to reporting. In addition, a zero-tolerance policy may increase the likelihood that a bystander will report an incident.  Women rely more heavily on formalized rules which means that policies in this area need to be explicit. (Jacobson & Eaton, 2018; Lindenberg & Reese, 1996; Portillo & DeHart-Davis, 2009)

Training
Times have changed and the current workforce reflects a number of generations with different understandings of sexual harassment and even assault. Organizations need to have trainings and ensure they:

Research finds that policies are not effective without training. Training is not effective when it is one-size-fits all. Training should include role playing to be most effective. Interestingly, training can be just as effective online as in-person. This both increases awareness that the organization has a sexual harassment policy and what can be done. (Newman et al., 2003; Preusser, Bartels, & Nordstrom, 2011; Reese & Lindenberg, 2003, 2005)

Culture
Underpinning any significant improvement in the workplace and the sector. Each organizantion's leaders, volunteer and staff, need to help build a culture of awareness and support. This includes

• Identify other groups of stakeholders that might have vulnerabilities. Another vulnerable group for many organizations are social workers.

• If you lead a team, make it explicit that you prioritize their safety and comfort above all else.

Structures need to be put in place to make it clear that the organization has zero tolerance. There is some research that finds, after the situation has stabilized, it is valuable that the person who was harassed have a say in what happens to the person who did the harassing.

During a meeting, a manager said: “We just want to be very clear on what our policy is here. Nobody ever expects you to be in a vulnerable position with the donor. We don’t want a gift so badly that we’re willing to put our front-line fundraisers at risk, or where you feel like you have to behave a certain way to get something.”

“As we were walking out, my boss said to me,

I said, "I was kind of questioning myself about that."

And she said, "No, that was out of line, he shouldn't have done that."

Donors will always have control and employers will have control. The measures above are ways to make sure that the culture supports zero tolerance. Part of building relationships by fundraisers can be to push back when donors are inappropriate. This can include when a donor tries to push an organization to do something the organization doesn't want to do.

In addition, it's worth fundraisers asking when they interview for a job, what sexual harassment policies are in place. That could mean walking away from a job opportunity but that action will help move the sector.

The researchers are looking for more men, non-binary people, and women. To participate in the study and help build a knowledge base:

• Let the researchers know how to contact you   - their emails are below.

• Help the researchers connect with other women by sharing information about the study.

For information about a new Canadian initiative for safe, third party reporting of sexual assault, check out Vesta.

Dr. Erynn Beaton is an Assistant Professor in the John Glenn College of Public Affairs at The Ohio State University. She studies and teaches about how nonprofit organizations can be organized and managed as a mechanism for social change. She earned her Ph.D. at the University of Massachusetts Boston in the business school’s program on Organizations & Social Change. She also had the privilege of receiving an M.B.A from the Kellogg School of Management at Northwestern University and a Bachelor of Journalism from the University of Nebraska-Lincoln. You can reach her at beaton.13@osu.edu

Dr. Megan LePere-Schloop is an Assistant Professor in the John Glenn College of Public Affairs at The Ohio State University. She conducts research and teaches on public and nonprofit management. She received her Ph.D. and her MPA from the Department of Public Administration and Policy at the University of Georgia. She earned an undergraduate degree in History with a minor in French from Oberlin College. You can reach her at lepere-schloop.1@osu.edu

Thanks to AFP International for sponsoring this important webinar.

Note: this recap was done by Ann Rosenfield. All Canadian content is hers. Any errors in this piece are a reflection of her poor typing ability, not the smartness of Dr Beaton and Dr. LePere-Schloop.